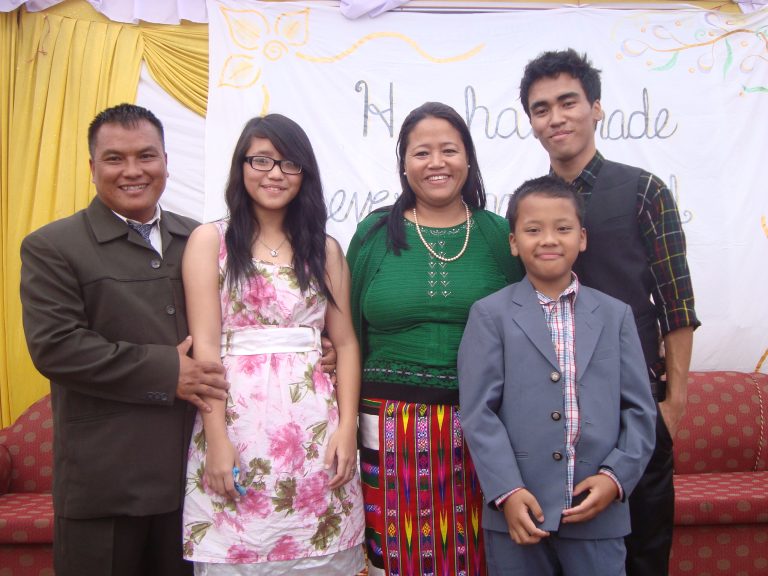 Moia: I started taking drugs at school when I was only 16. At that time it was just for fun on weekends. I later move to Delhi to finish my schooling and go to college. Instead of studying I spent most of my time playing video games. The drugs continued, first it was pills and cough syrup, later I switched to the hard drugs. My life became a total failure. I returned home and in 1994 and I married Tete. In 1996 I began to take heroin. My parents helped me start a business, but I used all the money for my drug habit. I fell into debt and lost my business. Tete had known nothing of drugs, but because of me, she began to use them too.

Meanwhile Moia visited so many rehab centres that it became a joke amongst his friends. He was in and out of prison, living on the streets and pushing drugs. He badly needed help and didn’t know where to go and what to do.

Moia: One day an uncle told me about Asha Bhawan, a residence in Gurgaon on the outskirts of Delhi. I decided to let him take me there. In the beginning it was difficult. I was not allowed to take any form of narcotics, not even smoking. I was lonely and homesick. I had really only come to please my family and intended to stay for only three months.

Moia: But something was different. I saw genuine love and care for each other among the people, there was a helping and serving attitude. Slowly I myself began to change. I was very skinny and in bad health. I began to feel better, gain some weight and I didn’t feel rejected or like a failure anymore.

In November 2001, as I was listening to some words from the Bible, I felt that God was speaking to me. This happened again shortly afterwards and again I was moved. I began to realize that God loved me and had a plan for my life. I made a choice to believe and trusted my life into his hands. Since that time I have never gone back to drugs.

Tete: I was a very good girl. My father had a small TV shop and while I was still young I began to help him in the business with the finances. My parents trusted me; I had a good relationship with them. I was religious and enjoyed singing. I knew nothing about drugs, and then I married Moia.

Tete: In the beginning I use to hate drugs. I saw that Moia was addicted and what they were doing to him. I tried to stop him many times, but nothing worked. Moia used to come back home either very late, or some days didn't at all. I was very lonely, I had no one in the family to share my problems with. One day I shared my problems with another lady.  She suggested that if I get drunk in front of my husband it could help him to change. I forced myself to take heroin, so it could have an effect on my husband. But soon I was addicted myself and I was enjoying the drug.

Now I couldn’t handle my office job and I had to quit. Deep inside I knew that I was messing my life up.

Tete went home to live with her mother, but we didn’t get divorced and we still spent time together. We both were still on drugs when Tete got pregnant with our third child. Before the baby was born her mother passed away. Everyone blamed her for her mother’s death, leaving her devastated.

Tete: Two nights after my mother's death, I was in the bathroom and I felt as if God was speaking to me. He said that Jesus Christ had given his life on the cross for my sins, and now my mother had given her life for me. This made me think! I didn’t know how I was going to stop drugs because I dreaded the pains of withdrawal. But I knew that with God’s help I could do it. I prayed saying, “God if you’re real, then help me quit drugs, and I do not want to feel any pain”.  One morning I took a lot of heroin and suddenly I started vomiting. Even the sight of it made me throw up. Since that day I had no withdrawal symptoms or pain. I quit drugs and was able to work. It was indeed a miracle. 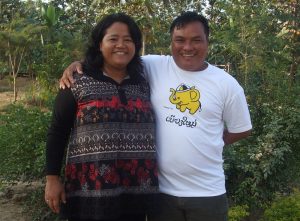 In the following years Moia and Tete went to live together as a happy family with their three beautiful children in Dimapur, Nagaland. Nowadays they are the directors of Asha Bhawan house in Kolkata, West Bengal.